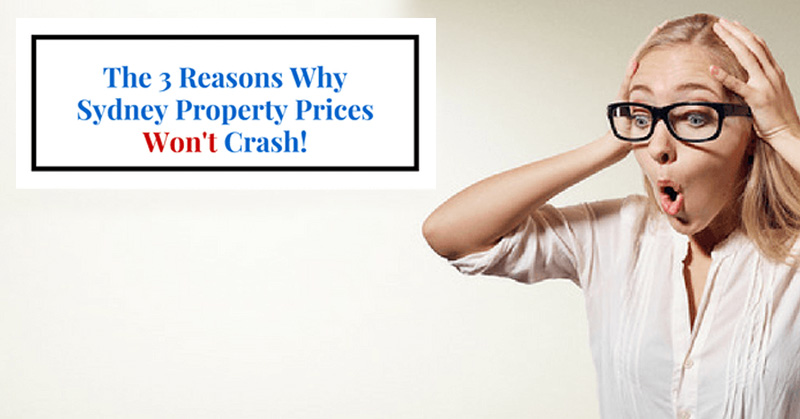 Hi, Niro Thambipillay here and in this video, I want to talk about the 3 reasons why the Sydney Property market won’t crash.

If you’ve been reading the newspapers, almost every second day, there is some sort of headline from some so called expert who says that Sydney property prices are going to crash. But the fact of the matter is that Sydney prices have never crashed and they are not going to crash right now.

But before we talk about the 3 reasons why the Sydney property market won’t crash, let’s look at history and let’s look at what’s happened every time one of these so called doomsday experts has spoken about prices in Sydney going backwards or crashing. 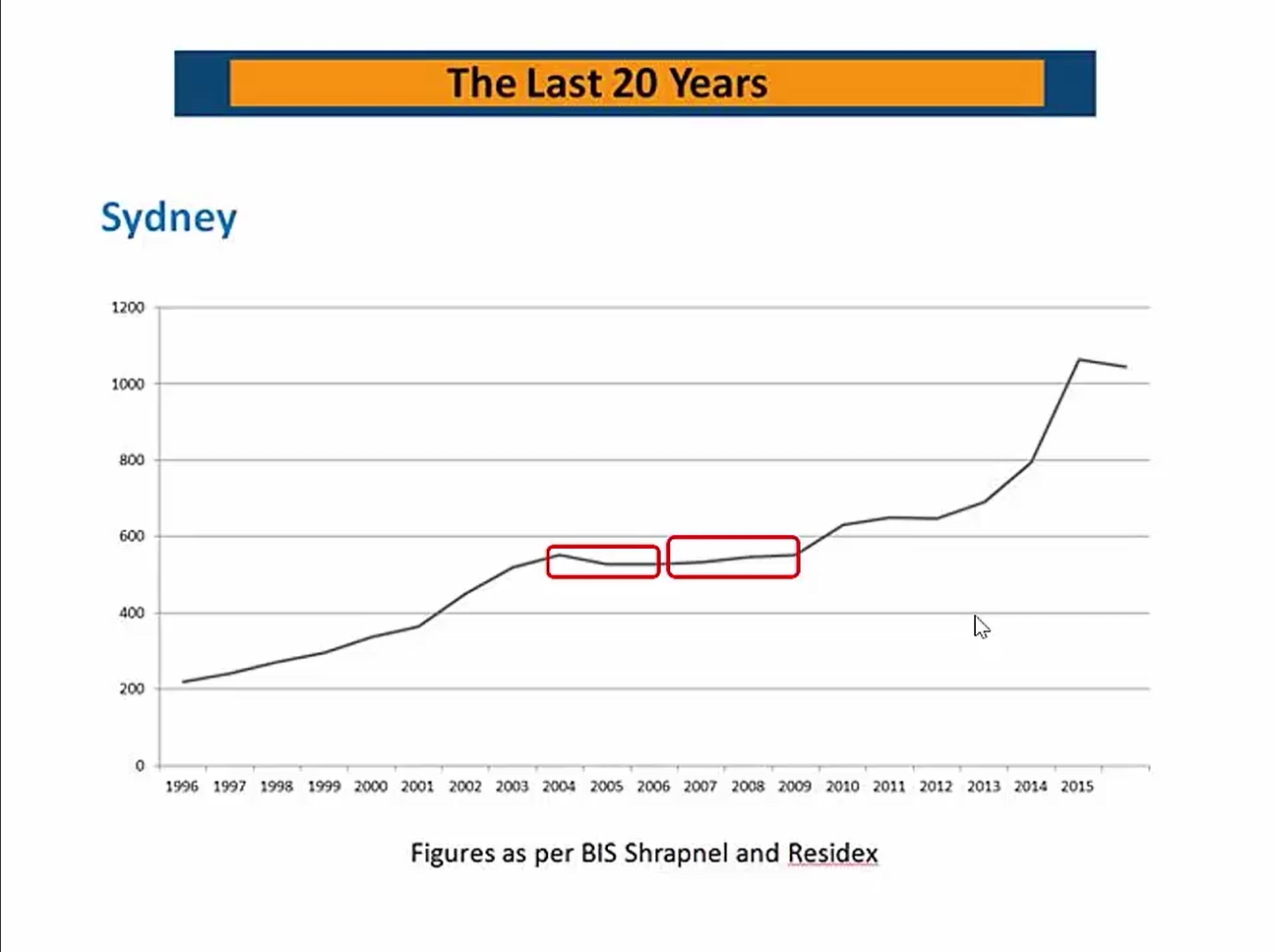 So these Doomsday experts are talking about something that’s never ever happened.

But this is not the first time they’ve made these predictions.

In fact, the first time they came out and made these predictions was back in 2004 after our Post Olympic Games surge, and I’ve highlighted that period in red.

Now you can see here that prices dropped a little bit, but compared to what had happened in the past few years, it was nothing but a mere price correction.

Sure you didn’t want to be entering the market in those years, but if you’d bought a few years earlier, it really didn’t matter to you.

So then they came out in 2008 and said, now property prices are going to crash!

Well, let’s look at the data.

Then there was the beauty. They came out in 2012 and said, “Alright, now that prices have risen a bit, they are going to crash for sure – and we all know what’s happened to Sydney property prices since 2012 right?

And now 2016, these Doomsday experts are back again. It seems that every time there is an Olympic Games, these guys come out talking about “Sydney Prices crashing.”

Well the fact of the matter remains, they were wrong before and they are wrong again!

Ok, so now we’ve gone through history and we understand that every time a so called Doomsday Expert has spoken about property prices crashing, they have been wrong…

They’ve been wrong before and they will be wrong again.

But why are they going to be wrong now?

What are the three factors that are really going to make these guys eat humble pie?

Let’s have a look at them:

But the other thing is the RBA recently came out and said that about 25% of home owners are not just doing well with their interest payment, they are actually 1 whole year ahead on their interest payments. That means that 25% of home owners are actually a year ahead on their mortgage. So they have plenty of time and plenty of buffer.

You see the average Sydney home owner is not hurting right now, despite all the press. So there’s no reason for them to dump their properties.

Reason #2 Why Sydney Property Prices Won’t Crash: We Have a Constant Growing Population:

Sydney is still expected to be Australia’s most populous city for decades to come. Our population is constantly growing.

Sure, right now our rate of growth is less the volume of apartments and units that are coming online. So there is going to be a short term oversupply but that’s only going to cause prices to flat line like you saw back in 2004 or 2008. Prices are not going to crash!

Over time, that oversupply will be absorbed and we’ll return to our normal, regular growth.

Our finance system in Australia is far stronger than the system in America, which is something many of these Doomsday Experts forget.

In the U.S. you can, for instance, hand your keys in because you can’t pay your mortgage in one state, go across to another state and buy a home there.

But in Australia, our loans are what is known as, Full Recourse, which means you can’t just dump your property or say, “Mr Lender, I can’t afford the loan. Here are the keys. I’m going from Sydney to Darwin to buy a home over there.”

You have to be able to pay back your loan or the lender will come after you for costs. So you are ultimately, personally liable for your loan. This is why Sydney home owners don’t dump their property and run. They do everything they can to hold on to them, even when times get tough.

So our system is quite robust that we’re going to stay quite strong with our homes.

Plus why is a home owner going to sell their home if they don’t need to? Unless there is an issue with their job, or there is some sort of financial situation which currently in Australia is not the case.

So Sydney prices are not going to crash. I’m not saying however that now is the time to be entering the Sydney market. In fact, if you’re considering buying an investment property in Sydney, please stop and first check out my post, “The 5 Reasons Not to Invest in Sydney Right Now”

However, if you’ve owned property in Sydney for a few years, don’t despair. Don’t be misled by the headlines! The fact is you’re going to be ok and I’ll chat to you soon.

Job Keeper Ending. What That Could Mean for Australian Property Prices

3 Property Investing “Rules” You MUST Break to Succeed In 2021! (DON’T follow these!)

10 “Commandments” Of Property Investing in 2021