A Sneaky Way to Get Notified About Property Hotspots Before Others (Sort of!) 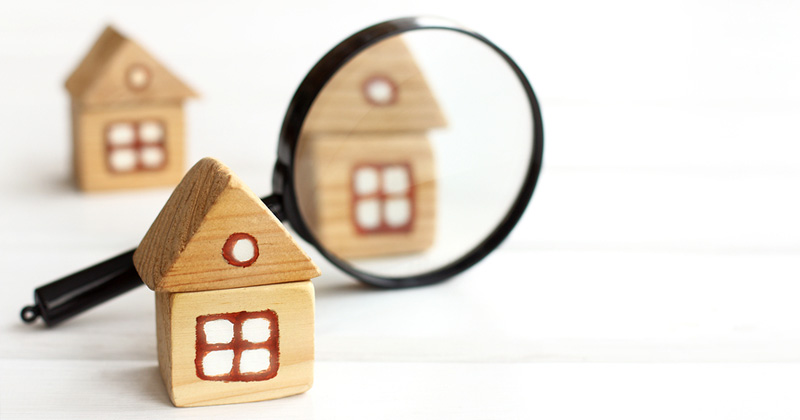 Here’s a question for you…

Have you ever wished, there was a way you could get advanced notice of the next hotspot… before everyone else did?

Almost like a way of cheating so you don’t have to go through spreadsheets full of charts and graphs and data?

I mean who really wants to go through all of that anyway right?

Well in this post, I’m going to show you how I get advanced notice of prospective hotspots… and how you can too.

But first let me tell you how this came about.

When I first started investing back in 2002, I had virtually no idea what I was doing.

And people were talking about interest rate rises.

So for me, as a virgin investor, investing in Sydney looking for growth at the time seemed like a dumb idea.

But I knew I had to invest somewhere.

I mean, keeping my money in the bank wasn’t going to help

So, I thought, I’d find another growing market to invest in.

I mean, just because the Sydney market was cooling didn’t mean that the property markets in all of Australia were coming to a grinding halt, did it?

But the problem was where do I invest?

I was a young kid in my 20s with no idea what on earth I was doing. And nobody I knew had invested anywhere outside of the area they lived in.

So, I decided to study everything I could about investing in property. I read all the books, did as much research as I could… and eventually bought a property in Western Australia.

At the time, most people I spoke to thought I was well and truly bonkers

Yet, they were stunned to find out I doubled my money in 18 months.

To be honest, I was too!

I couldn’t believe my first investment had turned out so well.

But the truth was that despite all of my research, my success turned out to be just dumb luck.

I wasn’t able to replicate my success… at least not consistently.

Sure, some of next few investments made money… but others didn’t, which was really frustrating to say the least.

Plus, I got sick of trawling through graphs and spreadsheets and data from the Australian Bureau of Statistics

I also couldn’t imagine that the most successful property investors in the country spent all their time analysing data.

There had to be a better way!

That was when I went searching for a mentor… someone who had actual experience investing in multiple markets around Australia and who knew how to make money, not just in a boom market but also a flat market.

Well, I was lucky enough to find someone and in the next couple of years, I learned so much from him, including a powerful 3 step system for Property Investing Success… a system that has helped me achieve great certainty about my financial future and allowed me to help so many others as well.

One night, I asked my mentor…

“As one of the richest men in Australia, did he get any sort of advanced notice about prospective hotspots… before everyone else did?”

He smiled and said, “I actually do… but it’s not what you think!”

“The trick is to find someone who’s already done the research and just copy what they do for FREE!”

If you’re like how I was, you’re probably wondering…

“Who’s done that research that I can copy from… especially for free?”

Well, there are 3 major categories of organisations who’s research you can legally steal from.

I think you get the idea right?

You see, these guys have got lots on the line… so you can bet they’ve done their homework.

There used to be this old adage that invest wherever Macdonalds is opening up… but with a Maccas now on virtually every street corner that doesn’t work anymore.

They understand where the population is booming or expected to boom – and that’s what you want to take advantage of as well.

A growing population after all is one of the key requirements for property price growth.

It’s not the only requirement, but it is one of the key ones.

Here’s another advantage of following the big guys…

They understand the socio-economic status of the people in the area they are looking to open up in.

For example, Westfield isn’t going to open up in a low socio-economic area because their retailers will suffer!

So you know that when you follow the big guys, even the so called discount guys like Bunnings or Costco, they are going to in good quality areas.

And today, it’s very easy to see where these guys are opening up

But who else has done the research?

Well the government is pretty good as well, although not perfect.

They make decisions about where to put infrastructure around the country. They have access to all sorts of data and in fact, they employ people to analyse this data to help them make decisions.

So look at where the government is putting its infrastructure. Again, that information is freely available online

Thirdly… industries that cater to a growing population.

For example – childcare. It’s what I call a Sleeping Giant.

Well, it’s a $12B industry in Australia and when there are new childcare centres opening up, you need to be looking into those areas.

Look, none of this is a guarantee that you’re going to get a hotspot of course but when you simply track this activity, which is easier than ever today, it is virtually like getting advanced notice of property hotspots.

And if you can find a place where all three is happening… a new billion-dollar retailer, expansion in education plus new infrastructure you’ve just further enhanced the odds of finding a hotspot.

Now let me caution you…

Just because you find an area that has all of this activity does not mean prices will rise immediately.

As I said, this is how I get advanced notice of prospective hotspots and you can too.

But the key word here isprospective!

It could still be many years before prices in that area rise, especially if prices have increased steeply over recent years.

For example, there are certain areas around Sydney which tick all of these 3 boxes

And some people are looking to invest in these suburbs.

But expecting growth in the next 2 to 5 years in many of these suburbs is just plain wrong… simply because the market has already risen so much lately, and people can’t afford the higher prices.

I use this little cheat system to have many areas on my “Watch List”… areas I’m keeping a close eye on and if you’re someone who’s serious about making money through property, I’d recommend doing the same.

Then when you start to see that affordability is no longer an issue and there is an undersupply of property, that might be the time to pull the trigger and enter one or more of these markets.

That’s when this secret technique starts to make you money!

I hope that helps

And do you have any other sneaky techniques to identify property hotspots? I’d love to know what they are

Is the NSW Government secretly trying to increase property prices?

The Future of Property Prices – How Investors Can Profit

Is the Boom Over for Property Investors as RBA Raises Rates? |Australian Housing Market Update